My San Diego / North America / Posts from the Road

Did you know San Diego International Airport gives free tours throughout the year?  I signed up and put on my walking shoes to take part in the Terminal to Tarmac Tour.

A small group of us met our tour guide who is an airport authority program manager, Sjohnna Knack, and boarded a shuttle bus from the main office.  First stop was terminal 1 where the low ceilings were pointed out because it was built in 1967.  Construction plans are in the works to modernize the terminal and bring the building to post 9-11 standards.  Southwest Airlines uses a major part of this terminal and that’s obvious with all the Southwest planes lined up and taking off. 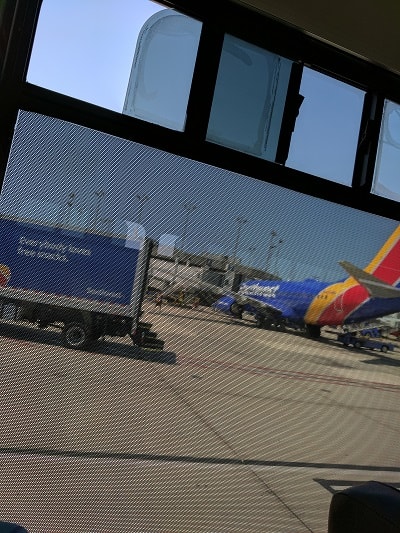 We walked  from terminal 1 to terminal 2 along a wall with sea life drawings that connects the two terminals. 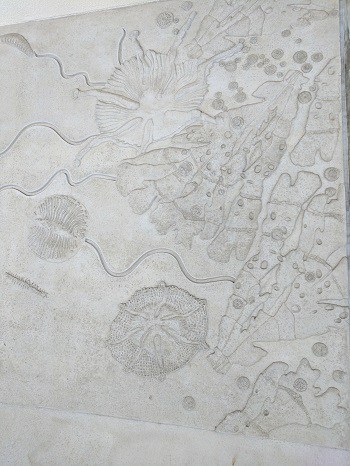 Drifting Beyond Control by Carolyn Braaksma with Barb McKee

Across the street the airport’s USO building is prominent and that’s because its the world’s largest. Military members are able to use it even if they are not flying in or out. 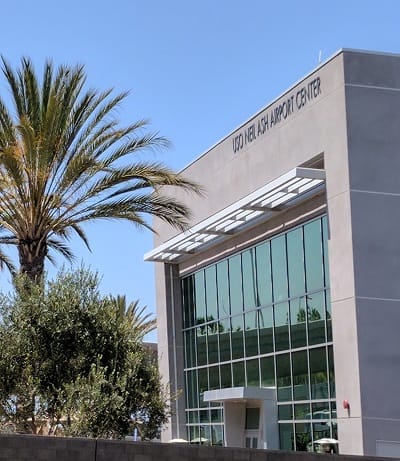 Terminal 2 has been expanded and has a large TSA screening area able to process passengers faster than other TSA areas in the airport.  Terminal 2 hosts local art and eateries that make waiting for a flight more pleasant. 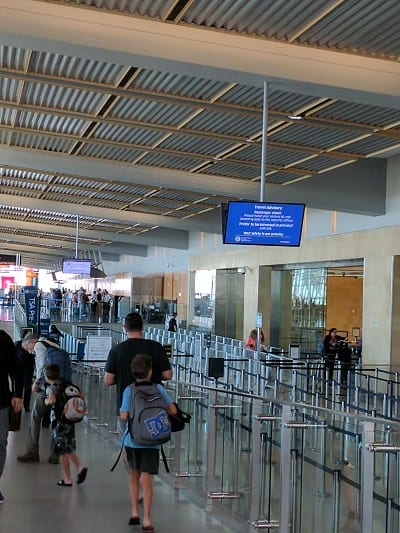 Last year a record 20 million passengers came through and the airport keeps being expanded with a new Customs office, more gates and a new parking structure.  The Travelers Aid is staffed by volunteers to assist passengers and there are dog friendly designated areas.  A bit of information, Ms. Knack suggested to use elevators because the number one medical emergency is people falling while using escalators.

Last we rode the shuttle bus on the tarmac and saw the cushiony short runway used for planes which hit the runway too short.  Hopefully, this doesn’t get used too often. 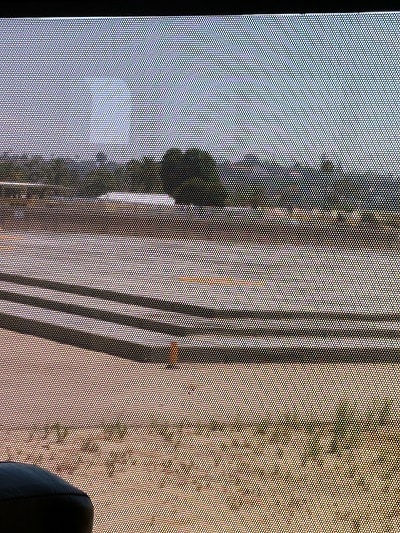 To find out about this interesting and informative tour, go to www.San.Org and click on Service and Facilities.

Our airport keeps getting better!

Tags: San Diego Airport, San Diego Int'l airport
Previous postA container of butter cookies and I'm happy on US 395 Next postTrains save the hassle of driving and offer many options