A taste of barbecue in Austin

Finally, we made it to BBQ heaven in Austin! With so many choices, we came to Terry Black’s Barbecue and I met co-owner Mark Black.  Mark and his twin brother were raised in Texas and bbq is in their genes. I learned moist brisket is juicer than lean cut and all the meats have a definite bbq flavor from being in the smoker for hours. 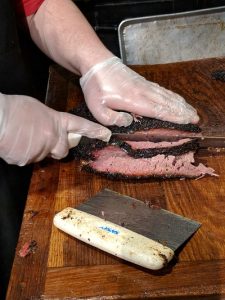 The smoke shed is easy to find by following your nose to the distinct bbq aromas, like being at a crackling campfire. I watched the guy in charge stoke the wood fire, and he pointed out the meat already smoked and wrapped for its final stages of doneness. 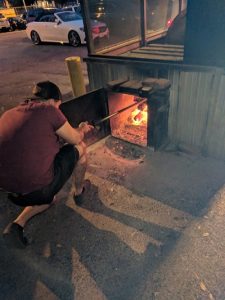 What’s a Kolache? It is a yeasted dough with Czech and Central Europe roots. Kerlin bbq owners Bill and Amelis added kolaches to the menu and stuffed them with their bbq sausage, brisket or pork. Amelis perfected her Kolache recipe where it’s a bit sweet and pillowy, just right to hold the meat and not get saturated with sauce.  And they’re made in the small trailer on a gravel parking lot! 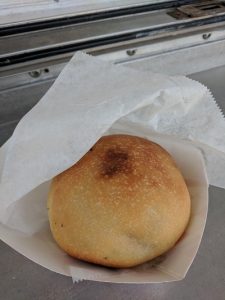 The kolaches with bbq meats are so popular they sell out quickly and people call in the orders when the business opens. Glad I got here early! 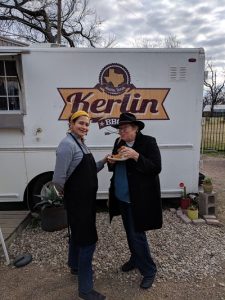