Carlsbad-“The Village by the Sea”

To think Carlsbad used to be a stop off point between LA and San Diego before modern roads existed.  Usually, I zip by this coastal city while driving on the freeway, and when the opportunity came to take a walking tour with Carlsbad Food Tours I got excited.

Our guide took us to an old hotel from the 1930’s on State Street which later became Caldo Pomodoro restaurant. This restaurant is known for it’s slow cooking sauces and delicious garlic bread. I could have eaten all the garlic bread dipped in sauce but we had more stops on the tour. 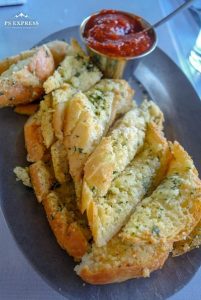 In the 1880’s, Carlsbad was known for healthy Alkaline water from the underground spring.  People heard about its healing properties and founder Capt Frazier built a Victorian hotel near the well which brought an international crowd for it’s therapeutic values. Carlsbad Alkaline Water Company has had it’s ups and downs over the years and glad to say the water is very popular today.  The 1 liter bottles are sold in hundreds of stores as well as from vending machines at the source. 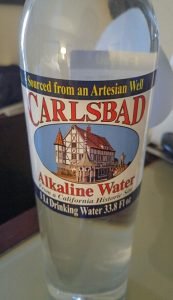 Who doesn’t like gelato, and the owners of Gaia Gelato are from Rome and use the best ingredients to bring a bit of Italy in each serving.  Their gelato flavors like blood orange are refreshing and the owners use Carlsbad Alkaline water to make each batch. 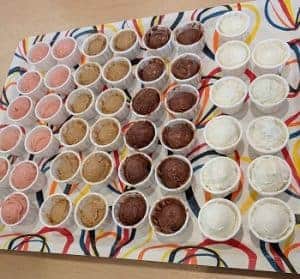 The tour was an entertaining way to learn about Carlsbad and it’s good tastes.  Now, instead of driving right by on the freeway, I’ll stop for healthy water and a meatball bathed in sauce with garlic bread. Oh yes, gelato for dessert!