Cruising the Coast of California and Stopping for Good Food 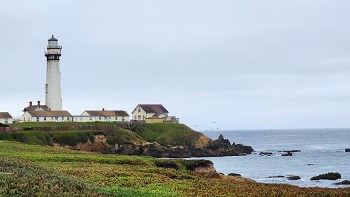 Our road trip to Northern California started in San Diego with a list of restaurants to share meals with family and friends.

First stop was Westlake Village outside of Los Angeles and we met relatives for dinner at Brent’s Deli. I recently learned about Brent’s from a former New Yorker and he was right, its a fabulous deli. Chris ordered traditional items for us to try like stuffed Kishka and Farfel and stuffed cabbage. I opted for favorites of chicken noodle soup and a pastrami sandwich. The pastrami was lean and best I’ve had in a long time. If not for the three hour drive, we’d be frequent customers.

The next day we stopped at Zorro’s Cafe in Pismo Beach as it was highly recommended by friends. The way they make in house sauces with green chiles is nearly like food in New Mexico. The Ridge chile relleno is a homemade Pasilla chile fried in a special batter and topped with Spanish sauce and was seriously great. There was so much I wanted to order but will have to wait until next time. 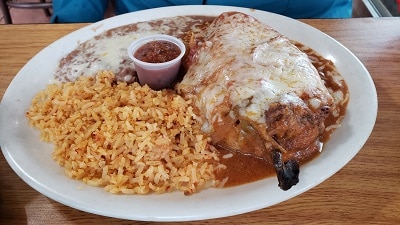 During our road trip we met up with niece Cortney who was visiting San Francisco to celebrate her son Randy’s 16th birthday. We invited nephew Steven to join us at House of Prime Rib which is a legendary restaurant. The prime rib is carved hot from the silver carts and the salad is spun in ice for a dramatic effect. Both young men were happy to eat the big feast in Randy’s honor! 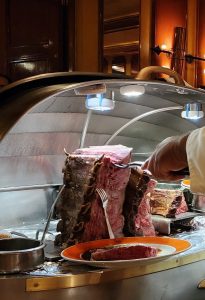 On our last night in San Francisco we went on a seafood extravaganza to Scoma’s restaurant on Pier 47. Scoma’s has been a must stop for years with classic dining and servers wearing white jackets. We ordered our niece and her son shrimp cocktail, calamari and oysters to start. Chris explained how to eat oysters and they tried them but unsure if they will order them again. I sure liked my seared shrimp and scallops! 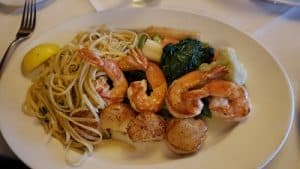 Scoma’s seafood dinner
Up and out in the early morning on Interstate 5, we stopped in Lancaster/Palmdale (Antelope Valley) to try an excellent Creole & Cajun restaurant, Lee Esther’s. Our friends live nearby and we met in the restaurant before the big crowds came in.  It’s family owned and between cooking, seating customers and waiting tables the family does it all. Son Michael served us jambalaya, Po’boy gumbo and dirty rice. All so flavorful! 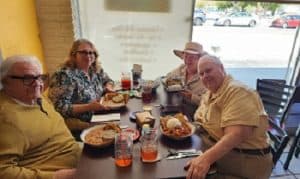 All the eateries were very good and if you get a chance to dine at any of them, I suggest you do it.  The scenery along the Pacific Ocean is beautiful and helps with a long drive. Actually, watching the waves can lull you to sleep, but only look if you’re the passenger!