Fairies on Isle of Man

Isle of Man, what is it all about, so intriguing and I found its beauty beyond compare. The island is a combination of Irish, Scottish and British with their own language and political system, yet under the extended arm of Great Britain. There are stone remnants of the Viking invasion standing strong in many areas and the Tynwald Parliament holds a National Day on Tynwald Hill which is Midsummer Court. The Old Norse has existed for 1,000 years which sounds like a plot for a good play. Archaeologist and tour guide Dr. Andrew Foxon, leads tours in hiking, walking tours and knows of bicycling tours around the island. If you visit the island, he is a wealth of information and super guide. He’ll even have you saying “Laa Mie” (good day) before crossing the fairy bridge. If you don’t say it, those fairies stir up mischief! 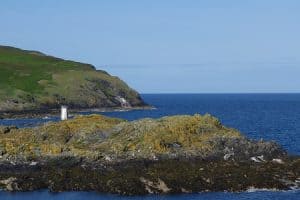 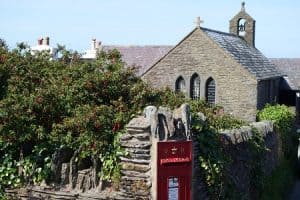