In February 2017, we were privileged to attend the commemorative banquet for the 72nd Anniversary of the Marine’s Landing on Iwo Jima at Camp Pendleton, Oceanside, Ca.  Our friend, Bill Behana, Master Sgt, USMC Ret, was 19 years old when he landed with the 5th Division. 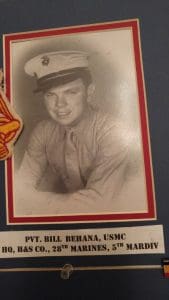 Bill has kept the tribute going for those who lost their lives and served side by side by being on the commemorative committee for many years.  The event had everything you would imagine from this esteemed group, the 21 gun salute, Color Guard, Marine Corp band and ceremonious cake cutting by Brig General Kevin Killea.

The Iwo Jima events used to be on the west and east coast, but now, sadly the numbers are shrinking and the event is only held on the west coast.  When it came picture taking time of the remaining veterans in attendance, the audience could not hold back their emotions. 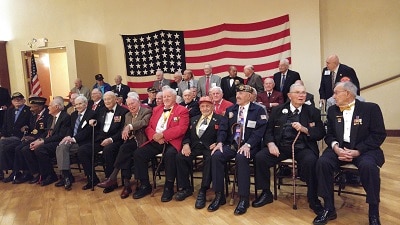 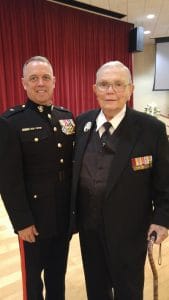 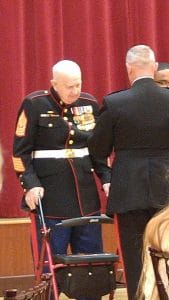 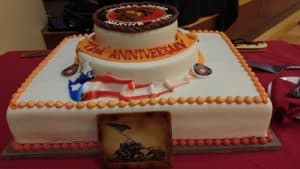