MMM, umm, I had to ask the America’s Test Kitchen cast if that’s a planned response or instinctive after tasting a cooked dish on their show and exclaiming “mmm”. Usually it’s spontaneous but sometimes the director shouts for them to give a louder MMM!  I love when they taste a dish after showing each step in the preparation and finally, the deciding moment with fork in hand.

I watch ATK all the time and read their magazine, Cook’s Illustrated, so while in Boston, I attended a book signing event arranged by Harvard Book Store. Some of my favorite cast from ATK presented in a panel and then one on one during the book signing, they spoke with the attendees in casual conversation.  Julia Collin Davison, Bridget Lancaster, Jack Bishop and Lisa McManus, all professional, engaging and knowledgeable. 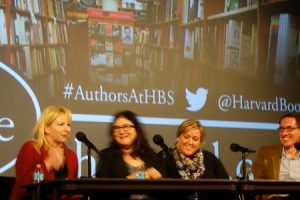 I tired to soak in all the panel discussion and Jack hit home with his philosophy. Jack believes in being known for your signature dish, his is polenta. He drove home a point, our grandmothers were good cooks because they made their native dishes all the time and they were proficient at it.  Pull out their recipe box and history, friendship and love is in each recipe card. With that in mind, what is your signature dish that people often ask for that’s part of your history? 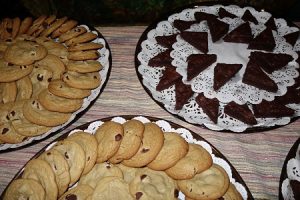 ATK is the most watched show on PBS and their testing of products and recipe tastings help home cooks master the kitchen.  A  delightful evening was served.  #ArthursatHBS #Americastestkitchen #Harvardevents #HarvardBooks @Harvardbooks