Minneapolis Icons Not To Be Missed

Sausages! Kramarczuk’s has all the Eastern European favorites in NE Minneapolis. Since 1954, the Ukrainian family has been serving cabbage rolls, sauerkraut, German potato salad and borscht.

So many old time foods, sausages, bakery and deli items and I loaded up my luggage to bring home as much as I could.  I was really excited to buy a walnut roll known as potica for my mother with Slovenian roots. 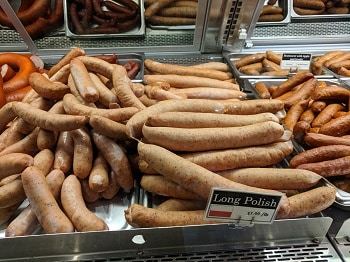 Before leaving Minneapolis, I couldn’t leave without paying my respects to Mary Tyler Moore. This spot on Nicollet Mall is where she tossed her hat at the beginning of her show in the 70’s. Mary died in January 2017, and news reported the woman artist who designed the statue died two days later. 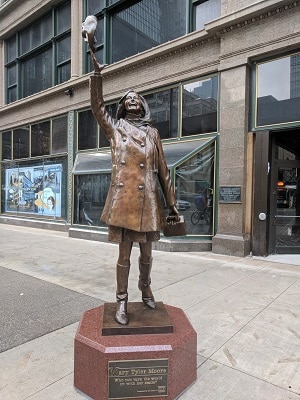