Peanuts and Sweet Tea on the Back Roads of South Carolina

Our drive from Savannah to Charleston became a time of fun explorations rather than zipping along the fast Interstate from point A to B.  The rambling country roads were full of picturesque scenery with lazy green meadows which seemed endless. Coming from dry California, the grass seemed very green and inviting to us.

We made two stops along the way and besides talking with kind people, found sites we would have not seen had we gone the usual fast way.

Boiled peanuts are very popular in southern states with road side stands every so often selling bags of peanuts. There is even a boiled peanut festival in Bluffton, South Carolina with cook-offs, a boiled peanut eating contest and nutty costumes for the kids. The world’s largest boiled peanut is housed in this yard just waiting to represent the festival in September. 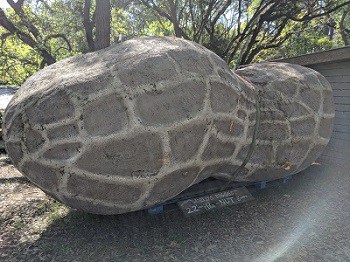 For my southern friends who love sweet tea, we visited the birth place of sweet tea in Summerville, SC. Sweet tea is celebrated at it’s namesake festival in September and this Mason jar could quench a mighty thirst! 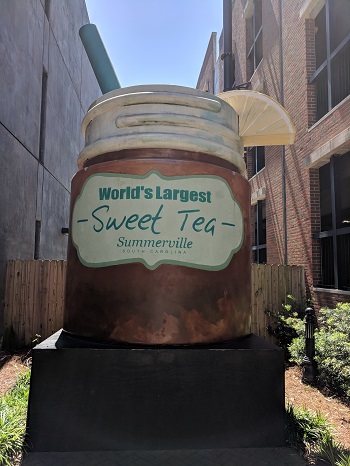