Remembering the suffering during WWll

The Battle of Arnhem, and A Bridge Too Far. Airborne museum is in the British Airborne Headquarters, Oosterbeck, Netherlands and has a lot of memorabilia and interactive enactments what it was like during the battle. The British cemetery has twins who died on the same day at age 21. Each year on Sept 17, the nation has a remembrance day of the fateful day Sept 17, 1944.

Well worth the visit was the Dutch Resistance Museum in Amsterdam which is organized from the beginning of occupation to being liberated. Photos, events and life stories are on display about the Nazi Germany occupation from 1940-1945. Dutch Jewish people persecuted and the Dutch East Indies colony suffering by the Japanese are among the many tragedies explained. There is a children’s section to educate kids about this period of time and overall, the museum is moving and thought provoking. I visit these types of museums as a reminder our daily lives can change at any time and not to take what we have for granted. 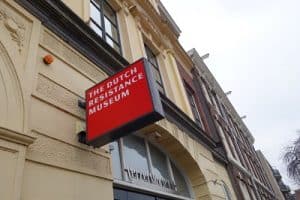