When I heard about cinnamon roll pancakes at The Trails Eatery, I had to go. But these are named Sin-a-mon Roll pancakes for a reason! Cinnamon throughout and cream cheese frosting.  After a bite, I decided it may be even better than a traditional cinnamon roll. 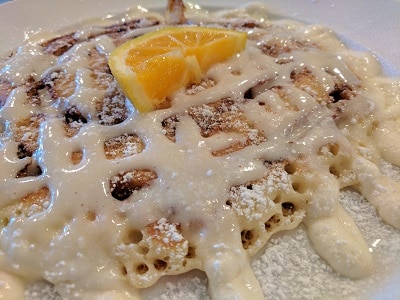 The other standout rumored about, is the Chicken Fried Steak.  Since my mom loves this dish (and its hard to find anymore), I brought her along. Happily, it won mom’s approval! 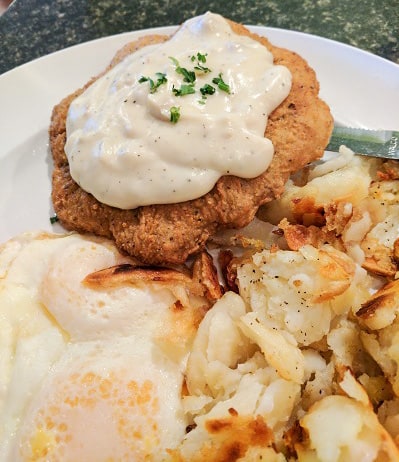 Owner Stacey Poon-Kinney opened her restaurant 10 years ago and then was “discovered” by Restaurant Impossible and the Food Network’s “Food Network Star”.  Through good and difficult times she has prevailed with a winning restaurant. 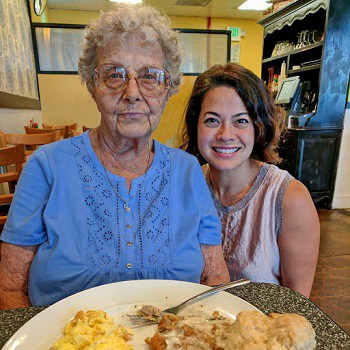 My friends are now regulars at the Trails Eatery and so am I.