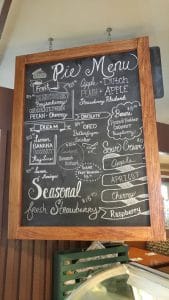 Do you want white, wheat, rye, sourdough toast or cinnamon roll?  Yes, a cinnamon roll made in house at Village Kitchen and Pie Shoppe on Tamarack Ave, Carlsbad.  The potato pancake is festive green because the parsley, garlic and onions are pureed and added to the potatoes. Add scrambled eggs, a biscuit and gravy and have a hearty meal. 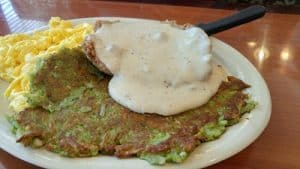 Annette, the owner makes pies all day and I briefly spoke with her as she was surrounded by pans of cinnamon rolls rising nicely and oozing with cinnamon. She’s one busy person!  #VillageKitchenandpieshoppe 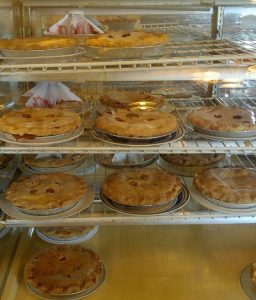