A French Chef On A Quest To Save Endangered Elephants

Pascal Olhats, a classically trained French chef and originally from the Normandy area, worked his way up through renowned restaurants across Europe, including legendary French Chef Paul Bocuse, where no duty was too small or hard for him.  After years of experience in the many and varied aspects of the restaurant world, he relocated in Orange County, California.

30 years later, he has owned many restaurants in Southern California and built a reputation around excellent food, wine and service.  At a recent luncheon I attended at Pascal Restaurant in San Juan Capistrano, he proved his culinary prowess.   My meal of house made pistachio country pate, duck saucisson and salade Lyonnaise was elegantly presented, along with paired French wines. The seabass au thyme floating in chardonnay sauce was a nothing short of incredibly delicious. Then he told us about an upcoming rescue elephants fundraising event. 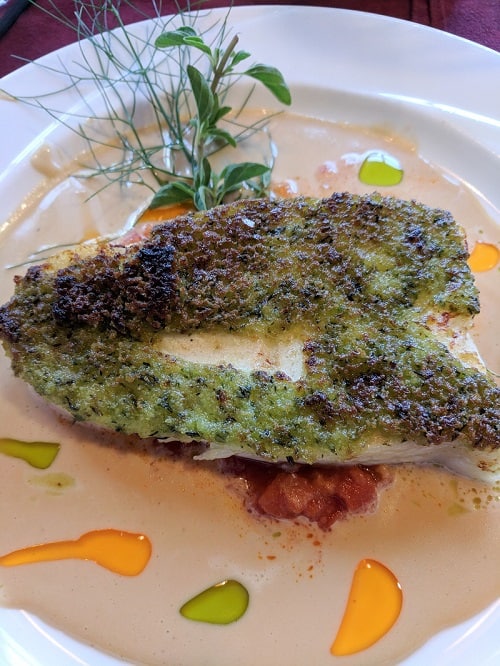 Chef and his wife, Christine have been involved in many charitable events, and Christine, has been a supporter of various animal protections groups, including the Save Elephant Foundation www.saveelephant.org. Three years ago, for her birthday, he had a big surprise for her.  He bought her an ecotourism week at the Elephant Nature Park in Chang Mai, Thailand where the Save Elephant Foundation is located.  Chef went along also and said the entire experience was very amazing.

They saw firsthand how the sanctuary helped elephants which had been abused and neglected in this country where elephants are a national symbol.  And they quickly loved the animals, each with their own personality and history which brought them to the sanctuary.  Each day they volunteered in the park, they became more connected with the elephants and it was hard to leave when the stay was over. 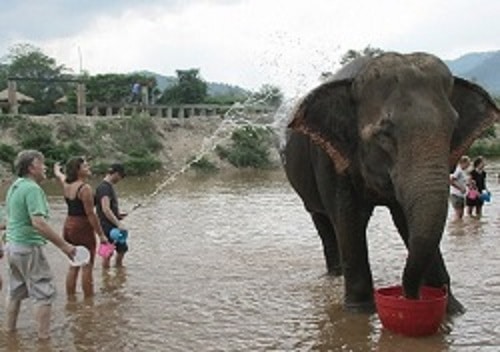 Chef told us how the visit to the Elephant Nature Park greatly influenced their life.  While flying home, he wondered how his restaurant, half a world away, could assist the needs of the sanctuary.

Once home, he began a charity named the Gray Event and organized an annual charity event with proceeds going for the caretaking of the elephants. Chef reached out to his culinary and community members who helped support this cause with specialty food and live auction items.

This year was the second annual event and featured Save Elephant Foundation founder Lek Chailert, Thai food, Thai dancers and music. It was very successful and raised much needed funds for the foundation. And it also brought in animal lovers from throughout the world to support this worthy event.

Chef Pascal has a passion for serving excellent food and elephants who need to be rescued and cared for in a loving environment.

Daily updates about the elephants can be viewed at Save Elephant Foundation Facebook page and Elephant National Park Facebook page. More information about Chef Pascal and The Gray Event can be found at  www.pascalrestaurants.com.

Disclaimer-I was treated to the lunch by Pascal, however, my opinions are my own.