Move over poi and luau pig. On the Island of Hawaii, Pueo’s Osteria is on the radar more than the spouting volcano.

Neatly tucked away in an older Hawaiian style courtyard, the villa-like surroundings, with soft yellows and a muted green stone wall, feels like Tuscany.  It’s quite an authentic Italian atmosphere and we didn’t miss the piped-in Americanized Italian music in the background one bit.  I introduced myself to Chef James Babian who welcomed me before the restaurant was open for dinner. Like a final rehearsal of a symphony, the culinary conductor was maintaining a tight schedule and the kitchen was a abuzz. The dining room’s tables were set and an industrious barman was organizing the bar, arranging wine bottles and glasses.  I sensed a busy night was about to begin. 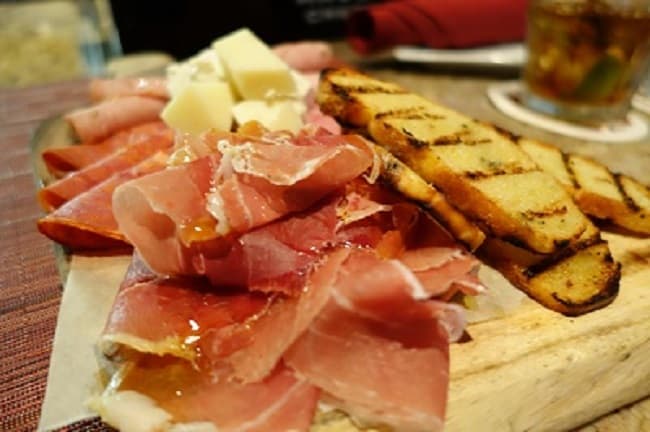 Chef Began in The Family Restaurant

The restaurant is practically a second home to owner and Executive Chef Babian as he grew up working in his family’s restaurants on the East coast, attended culinary school and later became the Executive Chef at the Four Seasons, Hualalai, Hawaii.  Later, he and his wife Christine, decided it was time to open their own place and together they settled on a vacant spot in Waikoloa Village. It’s on the western side of the Big Island, in a family community and off the beaten tourist track.

Reservations are a must and those who have to wait can see the walls lined with Chef Babian’s impressive culinary awards and certificates for community involvement. Over the years he has garnered respect from well-known chefs who have donated their services and worked together with him for charitable causes. One such occasion was the Made in America Cookbook event with recipes by celebrity chefs. I guess you could say he is one connected chef.

The pride of the kitchen is a wood fired pizza oven that delivers consistent temperature for a perfect crust.  Although small in size, various work stations are where pasta is made by hand. Once a week the finest Italian ingredients are delivered including a big wheel of Parmesan. When Chef James puts his name on a signature dish, it has to be the best and he is adamant about not skimping on portions.  Consequently, he has a concept of regional, seasonal and artisanal food (RTS) at his restaurant and buys locally sourced produce, beef and seafood.  It’s a top priority for him to keep area farmers supplying the freshest ingredients such as beets, greens and tomatoes from the rich volcanic soil. 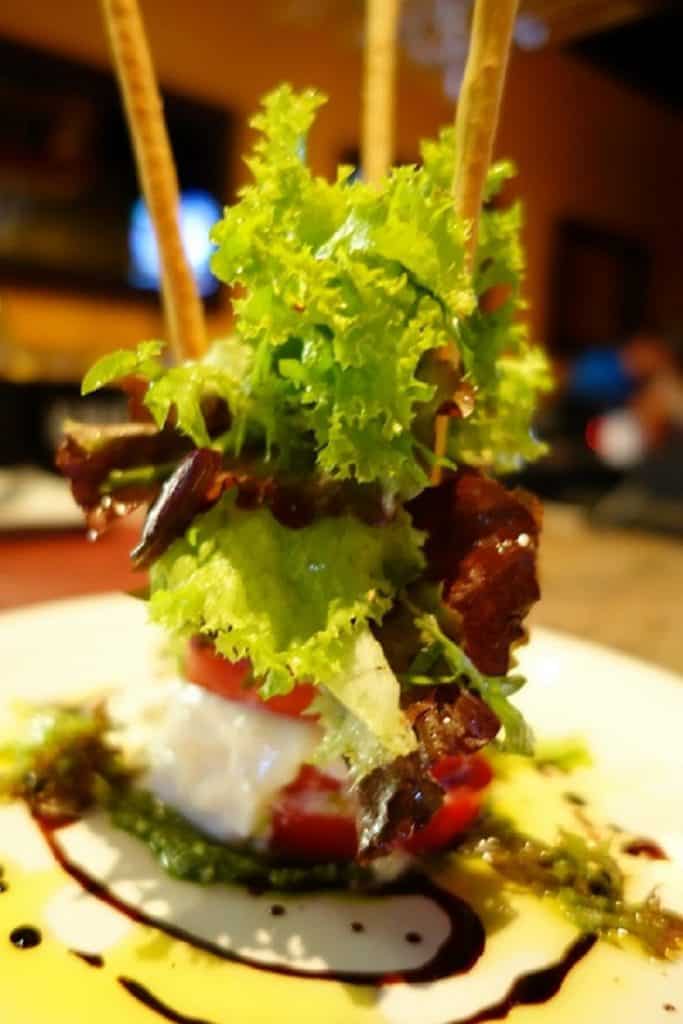 It was time for Chef to tend to business so I decided to dine at the bar to partake of the “early owl specials” and the fine Italian wines. A partially open kitchen allowed me to watch Chef James make fresh pasta by cracking eggs into a mound of flour and using a hand crank pasta roller. There were plenty of cooks in the small kitchen, but he didn’t stray far from overseeing the formation of my antipasto platter, layering fresh burrata cheese over locally grown tomatoes and topping a rustic pizza with house made fennel sausage. The pace of the restaurant picked up quickly as guests dined around tables and Christine bustled through the dining room serving wine and attending to guests on the patio. She adeptly divides her time between the restaurant, a part-time real estate gig and their two children. Together, the couple ensured that all ran smoothly throughout the evening.

A woman sitting next to me dressed stylishly in Aloha attire was on her way to the airport to catch a red eye flight home.  She just had to have one more Waimea kale salad while her husband was a bit more of an adventurous eater.  It seems they’d had eaten there many times during their vacation which turned out to be a common thread among diners.

Curious about the name Pueo, I learned it comes from an indigenous owl which represents the restaurant’s desire to stay open late when other restaurants in the area have already closed. Specials after 9 p.m. are ready for the working person on their way home from a long work day. But no matter the time, there is always room for dessert, especially the crostata pastry filled with pineapple and blueberries and served with locally made vanilla ice cream. 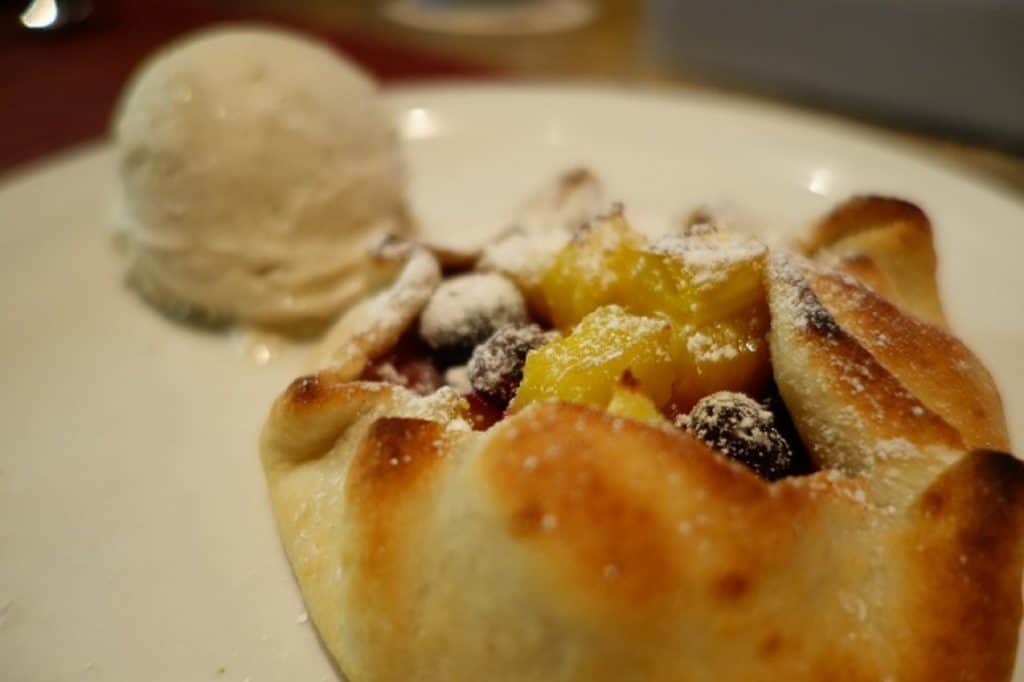 Next time I think I will skip the luau and drive straight to Pueo’s Osteria.